You are here: Home / God

Roma Networks is a European, yet more and more international cooperation of organisations ministering among Roma people. It was already our third conference on 9-12 October, and this time we gathered together in Sarajevo in order to strengthen our relationships with each other and to share the unfolding of God’s vision.

The main theme of the conference was partnership. We have to admit that if we work by intentional, planned and consistent cooperation we can achieve much better results in both improving the life standard of Roma people and in sharing the gospel. Besides “digesting” the lectures we had plenty opportunities to get to know each other’s works and to build new partnering relationships. There were regional/ country group meetings as well, where we could evaluate what we heard from the lecturers and we made plans how to make our cooperation work in our smaller areas more fruitful.

We had the special privilege of being able to travel from Hungary together with brothers and sisters who minister as members of the Protestant Gypsy Mission Forum. Within the realms of the Forum there are Baptist, Lutheran, Methodist, Reformed and Pentecostal ministers working in cooperation.

The conference program was full of inspiring messages from the stories of Elijah and Elisha, from the story of the great catch of fishes and from personal life stories of our brethren. When we came home, we felt that we had received something significant what was worth going to the conference for, what was more than human efforts and what shows us that because of Christ our Christian brotherhood is much more significant than our different opinions what can sometimes separate us from each other. Maybe we were able to understand this even more while walking among the mosques of the town… 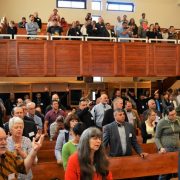 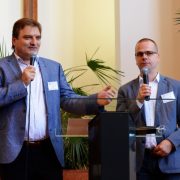 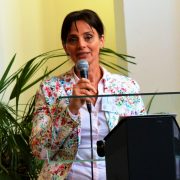 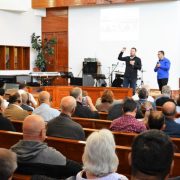 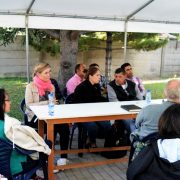