Hungarian Gypsy Missions International held the “Early Rain” conference in Kecskemét on 24th November, 2018. Nearly 100 people participated in the event from different parts of the country. Executive Elder András Berki led the event and it was launched with the songs of the worship band “Fiery Hearts” from Hajdúhadház. Following that the president of the mission, Albert Durkó shared his thoughts and vision.

„I Believe in revival–it spreads across all Europe”–he emphasized during his speech. This world is in crisis. The morals have fallen. The enemy is raging because he knows that his time is at its end. God’s promises are true and will be fulfilled. The Gypsy revival has begun In Europe and an estimated number of 2.5 million Gypsies have been saved. God will make Gypsies to become first from the last. Gypsies! Your time has come!

There is immeasurable poverty, pain and there is a “valley of tears” at their living places. People have no vision for the future. The “valley of tears” will become a spring of hope. What has characterised the Gypsies is over now. You all get a new identity. You will be called God’s children. You took off the old and put on the new. It’s time for the early rain. There are many hardened hearts. Come out to the rain so it can soak and soften your heart! The drought is over! A new age begins for the Gypsy mission. In this new age we need to collect much more vessels and we need give our little oil to God, because we didn’t get it for ourselves. First of all we are the servants and debtors of the Lord, since we got everything from Him.

The new generation, the youth are the future of the revival of the Gypsies!

Afterwards we listened to encouraging messages. First Executive Elder Zoltán Szentesi compared the church to Noah’s Ark. We have to build our home groups through our churches. We need to stop arguing with and complaining against each other and the Lord will revive us.

Afterwards Executive Elder Ferenc Rézműves was speaking in the language of the Gypsies. Everybody has got to be a good example and has to present God wherever they live. He told a few stories about his life which confirmed God’s work.

Executive Elder Tamás Fábián looked back at the beginning of the Gypsy mission what was founded in 1996, in the town Kántorjánosi. We have experienced many difficulties and problems while serving to the Gypsies, but God always gave us strength and stood by our side. Therefore we have to be persistent in our services.

Finally Júlia Berki urged the women to encourage and support their husbands and to become helping partners to them.

Concluding the conference Albert Durkó, the president of the mission and the Executive Elders prayed for the people, laying their hands on them and sending them out into the world to minister to the unbelievers. 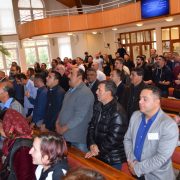 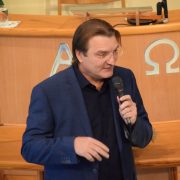 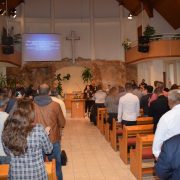 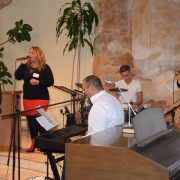 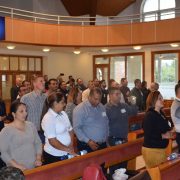 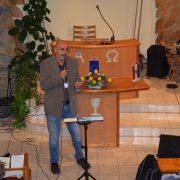 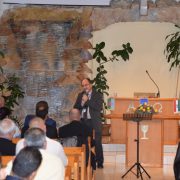 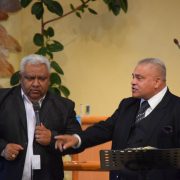 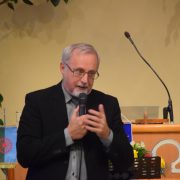