Albert Durko, the president of Hungarian Gypsy Missions International and founder of Roma Methodology and Research Centre has been planning to start networking in Europe to build a network of Roma mission organizations and to start mission projects supported by EU funds all over Europe. That plan had started to come to pass when he was elected to be one of six European Roma mission workers as members of the Steering Committee for Roma Networks at the 1st European Roma Mission Conference in 2014.

Lot of things have happened around Central and South Europe since that initial step. Many isolated Roma mission workers had started to realize they were not alone on the mission field.  In Europe there were two separate events after each other in October 2018 with almost identical motives: to set Christians on fire for mission work for the lost.

The first was the Hope for Europe Conference, an initiative of the European Evangelical Alliance held in Tallinn, Estonia, a nice Baltic capital where 370 representatives from 37 countries gathered under the slogan Unity in Diversity. This working conference brought together practitioners in 17 network tracks. Participants exchanged ideas and experience in the ministry area of  the arts, children’s work, education, healthcare, urban missions, stewardship, media and communications, ministries to Muslims, Roma, refugees and victims of trafficking.

The second was the Pentecostal European Mission Consultation and the 5th World Missions Congress connected to each other in Madrid, Spain. Around 70 mission leaders had gathered together for the first part of the week and over 1.000 mission workers and leaders for the second to hear great inspirational messages and testimonies, to get to know more brothers and sisters from the mission field and to share good practices with each other.

Albert Durko had the opportunity to meet and get in contact with almost 20 other mission leaders at the two events throughout the two weeks. At the EEA event there was a report about 1,000,000 Roma Christians being part of the member Churches. At the 5th World Missions Congress they also reported about 1,000,000 Roma Christians being part of Pentecostal Churches. We can clearly see God has a plan for Roma people today to draw them to Christ and send them out as missionaries to their own people and to other despised and underprivileged ethnic groups.

Let’s be part of God’s plan for this purpose together and share our vision, our passion and resources to be used by our Heavenly Father for His glory and for the revival of the Roma, Europe and the whole world. 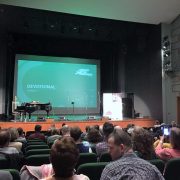 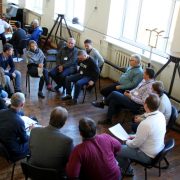 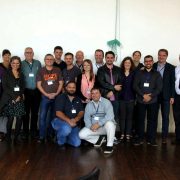 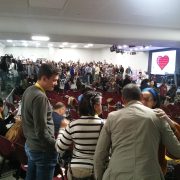