As a cooperation between Fida and HGMI a short term mission team of 8 people was visiting some churches of HGMI recently. They were sharing their testimonies, singing, playing some drama, preaching the Gospel, praying for sick people and for those who needed physical or spiritual healing.

On the first day we went to Mezőberény where the local home church had an open air meeting on the yard of the house which is in the Roma populated area of the town. The praise and worship team from Zákányszék started the meeting with songs. Afterwards the Finnish team ministered to the people. We saw some healing and spiritual renewal among the Roma.

Next day the whole team had an invitation to visit the Mayor of Elek. We heard the short story of the town and the story of the German, Roma, Romanian and Slovak minorities who live there. They have learned to live in peace and cooperation throughout their common history.
After some questions and answers we visited the local Roma Folk Collection what was created in an old renovated house where used to live a Roma family. Ferenc Erdődi and his wife Julianna Lakatos are very excited to talk about the tools, equipment, clothes and photos they have been still collecting.
Soon after we walked to the nearby playground area where again the Zákányszék praise team started the event with songs and prayer. The testimonies, songs and drama performed by the mission team attracted more and more people from the surrounding houses. Eventually we had the chance to pray for some of them. An elderly lady on wheelchair even talked to the pastor of the local Pentecostal Church about starting a new home church at her house.

Nyírmihálydi was our destination on Wednesday. We had to depart from Békés in the morning, so we could arrive to Nyíregyháza where our base was for the rest of the week. From there we droved to Nyírmihálydi where we met the local church members at the Roma area of the town. Some members of the local church had already started to sing and pray. After some greeting thoughts from Tibor Rácz representing the Hungarian Government and from Albert Durko president of HGMI a Roma pastor and Executive Elder of HGMI, Mihály Rézműves prayed in “lovári” Roma language.
The Finnish team was ready to minister the same way as they had been doing it for the first two days, yet they were doing a different drama or singing different songs each time. More and more Roma people were gathering around the area and again we had the chance to pray for many of them at the end of the day.

Friday was the next mission day for the team when we visited an other town called Hajdúhadház. The local church had erected a tent at the area where mainly Roma people live. By the time we arrived there the pastor and some church members had already started to sing praise songs. The team leaders introduced the team as usually and they started to minister with enthusiasm and boldness as usually. Many lives were touched by their testimonies and drama. Eventually we spent a long time with praying for people.

On Saturday we had two places to go. First we visited a small Roma church community in Kemecse where the team war ministering mainly to the children, but many of the adults were also there at the event. They were singing praises to the Lord while we were engaged with the children. After that event we drove to Kótaj to the Roma community house meet the children first. They were also glad to meet the Finnish team just as the other kids in the afternoon.
Later on the church meeting started at the church building few streets away from the previous site. The room was full of Roma people and some non-Roma were there also. After the fervent praise and worship led by the local musicians and singers one of the local leaders was urging us to pray. The Finnish team also had the opportunity to sing, to share their testimonies and to play a drama. They also had the most fervent and long prayer time for people who wanted to be blessed, to be healed.

Glory to God for all the miracles He had performed during that week of mission event at HGMI churches. 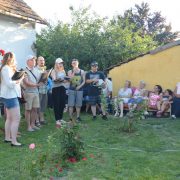 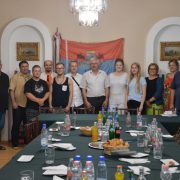 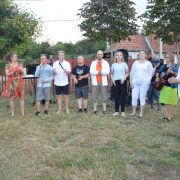 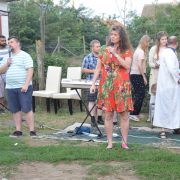 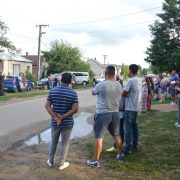 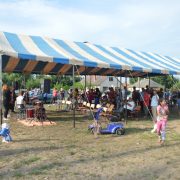 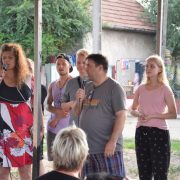 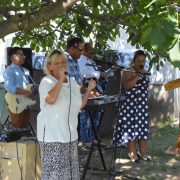 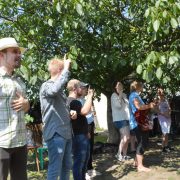 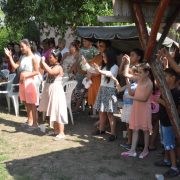 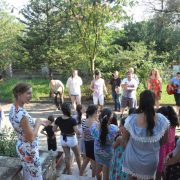 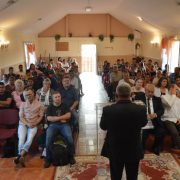 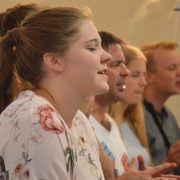 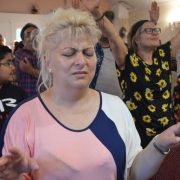 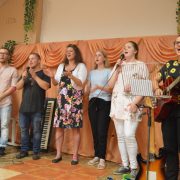 Hope for Europe in Tallinn and World Mission Conference in Madrid